858 crown of thorns a threat to coral reefs destroyed 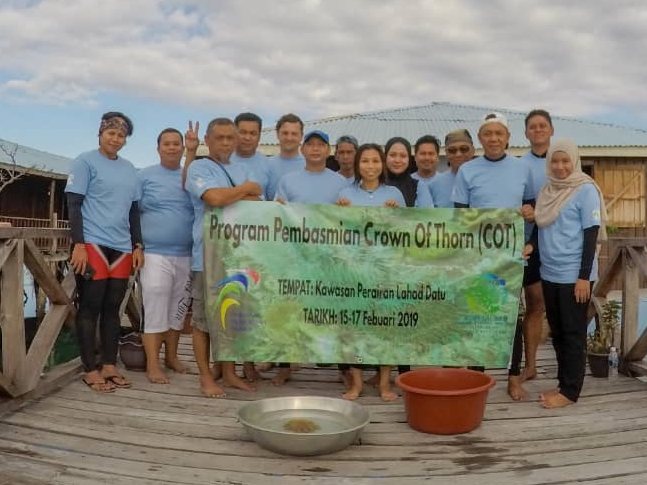 Ahemad and the certified divers from the Sabah Fisheries Department and Ruby Lagoon.

KOTA KINABALU: Agriculture and Food Industry Minister Datuk Junz Wong has lauded the Sabah Fisheries Department’s proactive initiative in implementing the programme to destroy the crown of thorns (COT), which had been a threat to the State’s coral reefs.

Junz made the statement following the department’s successful attempt to destroy 858 COTs during its one-day operation that involved three dives in Tebah Batang, Tungku recently.

The ongoing programme was conducted by the Sabah Fisheries Department together with other parties as well as Ruby Lagoon Travel & Tour Sdn Bhd.

The operation was led by the department’s director Dr Ahemad Sadi and 10 certified divers, eight of which were from the department itself and the other two from Ruby Lagoon.

“The purpose of the programme was to save the habitat of the coral reefs, which continues to be at threat,” said Junz.

It is understood that the COTs were destroyed using the method of poisonous injections, which can lead to the death of a COT within three to five hours in sea water.

“The breeding of these COTs must be controlled before it could destroy our coral reefs,” said Junz.

He added that coral reefs are part of the state’s flora and fauna, which contribute to the tourism industry. 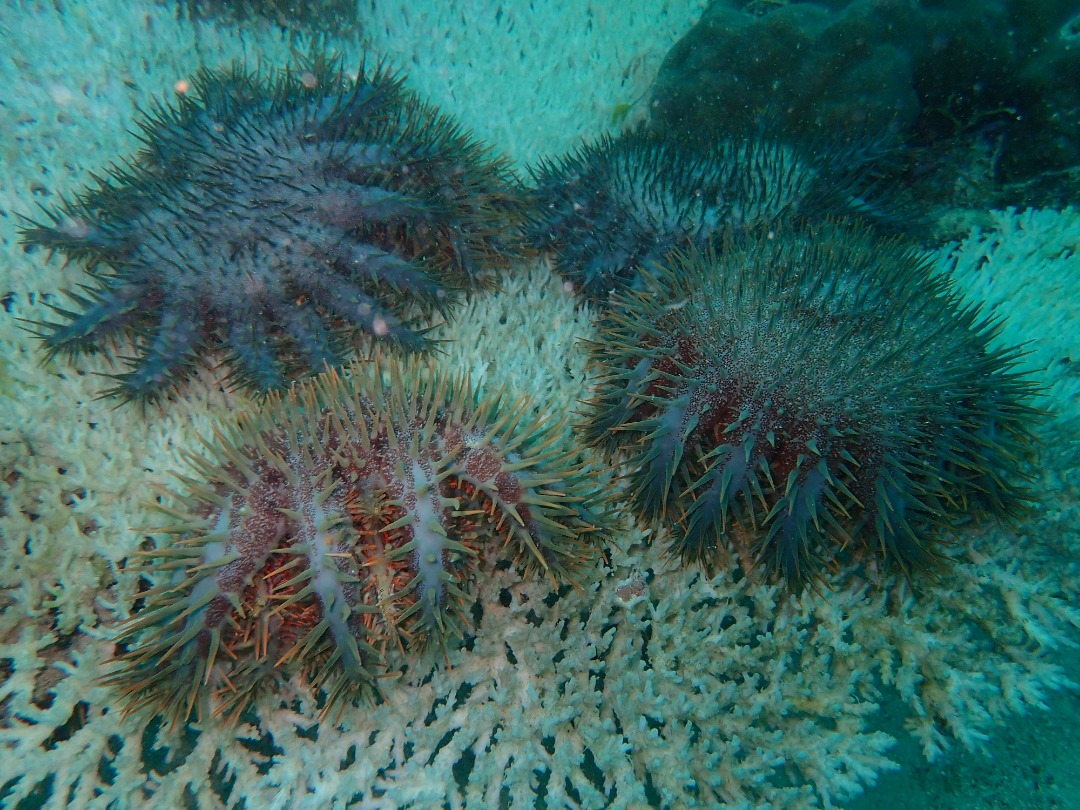 The crown of thorns which had been a threat to the state’s coral reefs.

He also said that the coral reefs are important for the marine environment as it is placed where various species of fish would look for food, breed, grow and seek shelter,” he added.

In line with this, Junz welcomed the participation of any parties who would like to support the said cause.