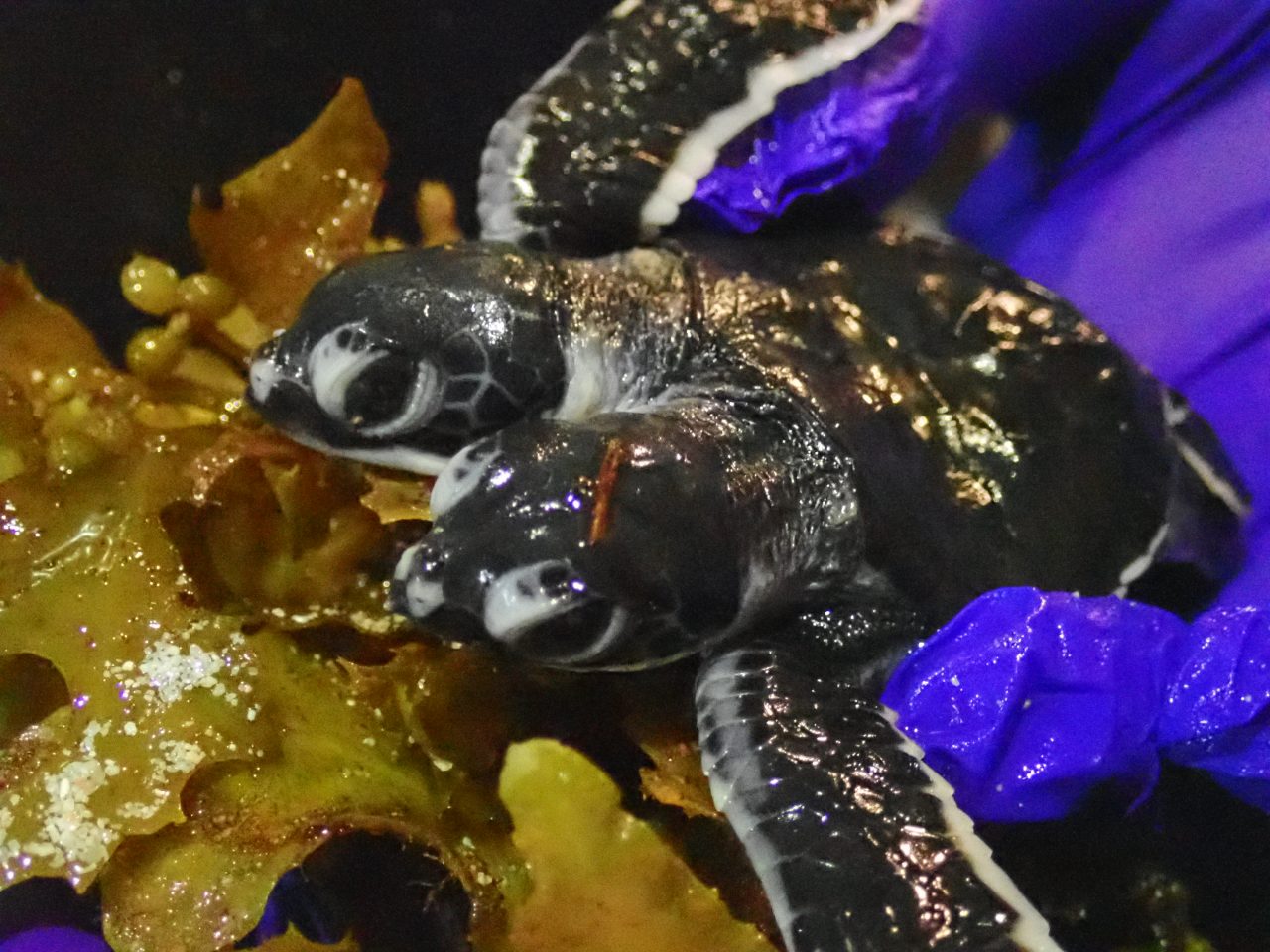 The two-headed turtle found in Mabul.

She said this could happen but not always.

“A two-headed turtle is called bicephalic or dicephalic and this rarely occurs in sea turtles and perhaps genetic factors play a significant role for this two-headed sea turtle.

“Sometimes there are genetic disorders, just like human beings sometimes having abnormality in chromosomes,” she told Bernama.

On Tuesday, it was reported that a two-headed green turtle hatched at a turtle breeding centre, Mabul Turtle Hatchery, managed by SJ SEAS, a conservation arm under Scuba Junkie (SJ) in Mabul Island, near here.

The discovery surprised many involved in the turtle conservation programme in Sabah.

Meanwhile, Dr Juanita said such a rare incident had occurred in Pulau Redang, Terengganu in 2014.

“Once (as a researcher at the Sea Turtle Research Unit (Seatru) of Universiti Malaysia Terengganu) we found a two-headed turtle, which we took care of but it died after three or four months.

“This turtle shared internal organs, but the problem arose because one head would take the air or food while the other head would inadvertently drink, and eventually it died,” she said.

Dr Juanita also refuted that such happenings were due to pollution.

“If due to pollution, we would be seeing more two-headed turtles. There had only been two cases in Pulau Redang where one was found dead in an egg nest, while the other was alive,” she said.

SJ SEAS chairman, Mohd Khairuddin Riman said in all of the over 13,000 hatchlings released, the two-headed was the first the Mabul Turtle Hatchery had encountered.

Sabah Wildlife Department director, Augustine Tuuga said the unique green turtle would be placed under the observation of biologists and honorary wildlife wardens (HWWs) at the hatchery.

Green and hawksbill turtles are protected by law in Sabah, as they are listed under Schedule 1 of the 7 Wildlife Conservation Enactment 1997. — Bernama