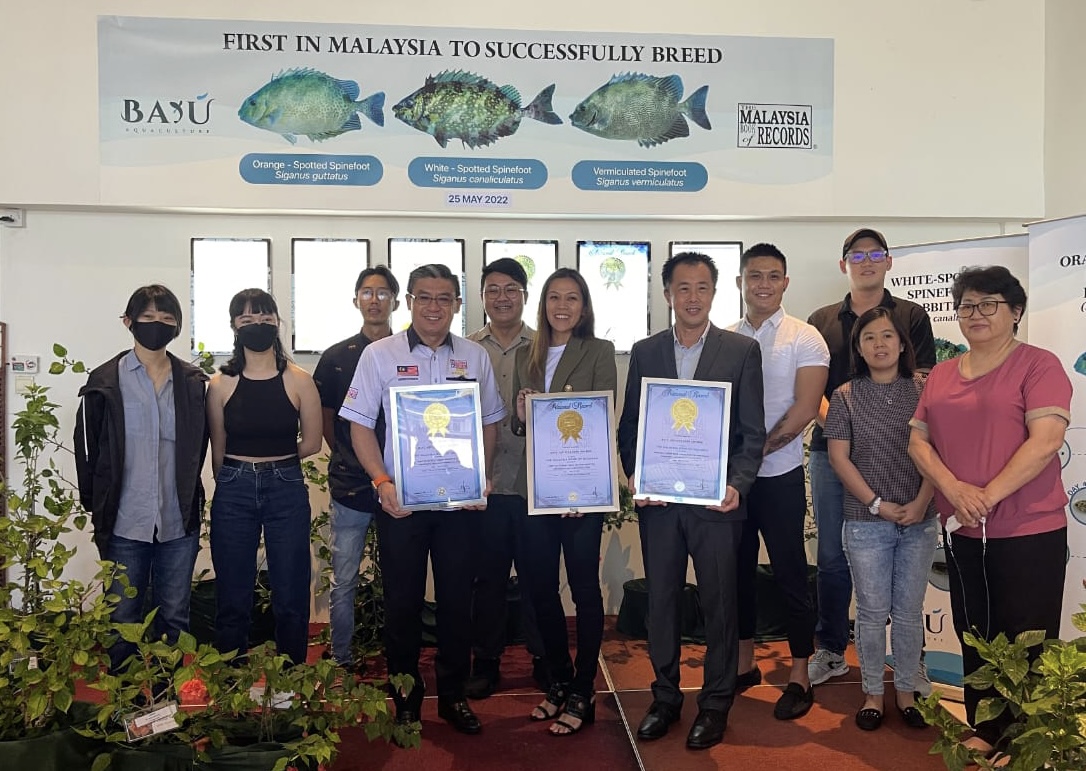 “In 2019, The Malaysia Book of Records acknowledged that Bayu Aquaculture was the first to produce a backcross grouper. The new variety was introduced as a fast-growing species with high resistance of disease.

“The following year in 2020, we received another record for being the first in Malaysia to produce fish fry for Streaked Spinefoot,” said Wong.

He explained that Spinefoot or Rabbitfoot is a scavenger in the wild. However, the fish produced by Bayu Aquaculture are fed with clean and quality feed.

Bayu Aquaculture is a participant of the Aquaculture Residue Monitoring Programme introduced by the Department of Fisheries.

For the last 10 years, Wong said no trace of chemical was ever detected in samples taken from its hatchery in Tuaran.

During the handing over ceremony at Alu Alu Kitchen, Chief Operating Officer of the Malaysia Book of Records, Christopher Wong, handed over the certificates to Wong and also representative of ECHO Resorts, Gillian Tan.