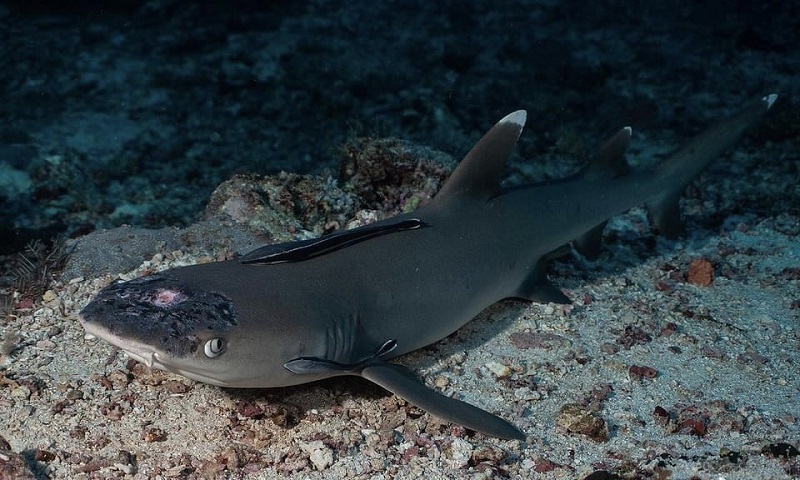 KOTA KINABALU (April 21): The skin condition affecting the sharks of Sipadan island is a chronic natural disease caused by changes in the environment, said a marine expert here.

“They are caused by the Fusarium fungus. It is not a common disease as the fungus is an opportunistic pathogen that attacks weakened immunities. Immunocompromised conditions can be brought about by changes in the environment such as temperature, salinity, pH, pollution etc.

“In the Sipadan case, it is most likely due to the warm water spell that also caused bleaching of the corals,” he said.

He added that a bacterial infection can therefore be ruled out as the primary cause of the ulcers.

When asked about its severity, Mohamed Shariff, whose expertise is in aquatic veterinary studies, said fusariosis is a chronic condition that develops over several months and may lead to the death of an animal if its health condition or that of its immediate environment do not improve.

He said, however, that sharks can recover quickly if healthy, with the wounds healing within a few weeks.

“In the wild, nothing much can be done to overcome the problem. It is a natural phenomenon. If climate change triggered the disease due to temperature changes, then the weaker animals will succumb to the disease, and the healthy ones will survive. In the deeper oceans, the temperature changes may not be as severe.

“We will only know if there are reports of similar cases,” he said.

To better manage the situation at such a biologically and environmentally significant site, Mohamed Shariff said the authorities must find a way to monitor the marine environment more stringently.

“In this era of digital transformation and IoT, we could be innovative and use digital tools to monitor aquatic resources for mapping and to better understand the ocean resources and the changes taking place. With the data generated from the digital technologies, appropriate short- and long-term measures or decisions can be made through precision biodiversity conservation,” he said.

“Sipadan island should be seen as one of our valuable treasures that needs to be conserved with appropriate planning and innovative strategies. Hence, the innovative approach of precision biodiversity using new digital technologies is the way forward for the conservation of ocean biodiversities,” he said.

Sipadan, off the east coast of Sabah, near the town of Semporna, is a world renowned scuba diving spot that is home to sharks, turtles and big schools of fish, among others.

Over the years, the shark population has been depleted by illegal fish bombing and shark finning by the local fishing industry. — Malay Mail