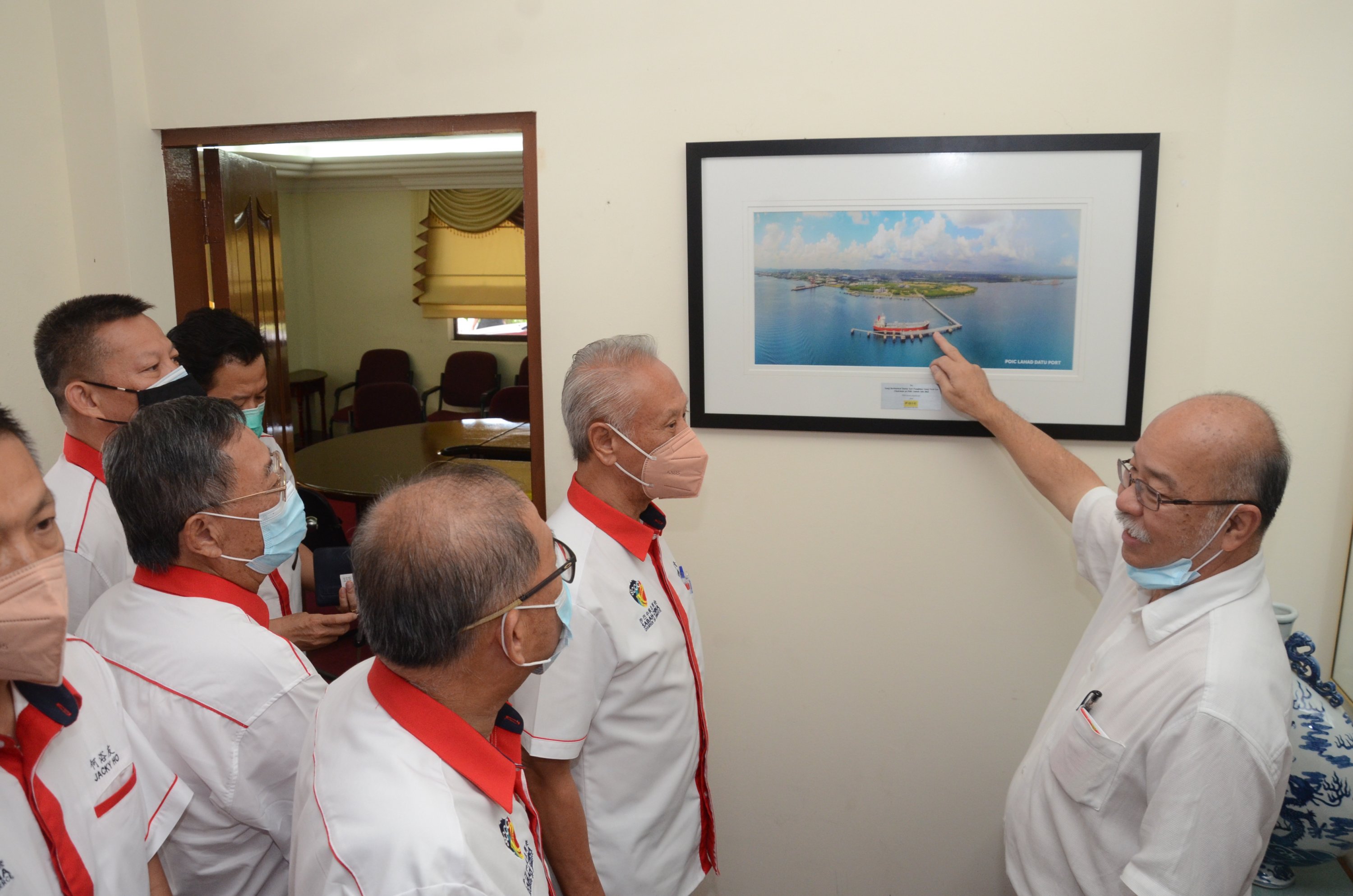 Yong (right) briefing Liew (second right) and other visitors from Sabah China Chamber of Commerce on the development of POIC Lahad Datu.

He said a cold storage facility would also be built in POIC Lahad Datu to support the operations of the seafood hub.

Additionally, he said the SMJ development plan included a proposal to develop a new international airport at Silabukan, Lahad Datu.

Yong highlighted the future developments of POIC Lahad Datu during the courtesy call by the Sabah China Chamber of Commerce (SCCC) committee led by its president Datuk Frankie Liew here on Saturday.

He said the State Government’s goal was to develop Lahad Datu as a seafood export hub via air freight under SMJ.

To support the seafood hub, he said a cold storage facility would be built at a location which has been identified.

However, Yong said the State Government has yet to find an investor to develop the cold storage facility.

Hence, he wished to collaborate with SCCC as the association has access to the China market and investors.

In light of the high power usage of the cold storage facility, he said the State Government in principle has approved the development of a 1,000 megawatt (MW) independent power producer (IPP) for the east coast to be built in POIC Lahad Datu.

“We only need 300MW of power but the target is to build a 1,000MW IPP in POIC Lahad Datu.”On another note, Yong said the new Lahad Datu international airport was expected to commence construction next year.

He said the airport would be located in Silabukan, approximately 12 kilometres (km) from

Meanwhile, Liew said the objective of POIC was to promote the downstream industry of palm oil and attract more foreign investments to spur the industrial development of Sabah.

He said Sabah was the largest palm oil producer in Malaysia. Each year, he said the palm oil industry contributed huge tax revenue for the government and created many job opportunities.

Sabah, which is positioned strategically within the Brunei Darussalam-Indonesia-Malaysia-Philippines-East Asean Growth Area (BIMP-EAGA) region, could potentially tap into a vast market.

Liew said China was one of the major importers of palm oil from Malaysia.

“We, SCCC, aim to attract more Chinese investors to venture into the palm oil downstream industry in POIC Lahad Datu, which in turn, will create job opportunities and strengthen Sabah’s economic development.

He said SCCC would visit China when the Covid-19 pandemic was over to woo more Chinese investors to POIC Lahad Datu in support of the SMJ development plan introduced by the Chief Minister Datuk Seri Hajiji Noor.

Liew was also confident that Yong’s vast experience and close relationship with China counterparts would contribute significantly to the growth of POIC Lahad Datu.