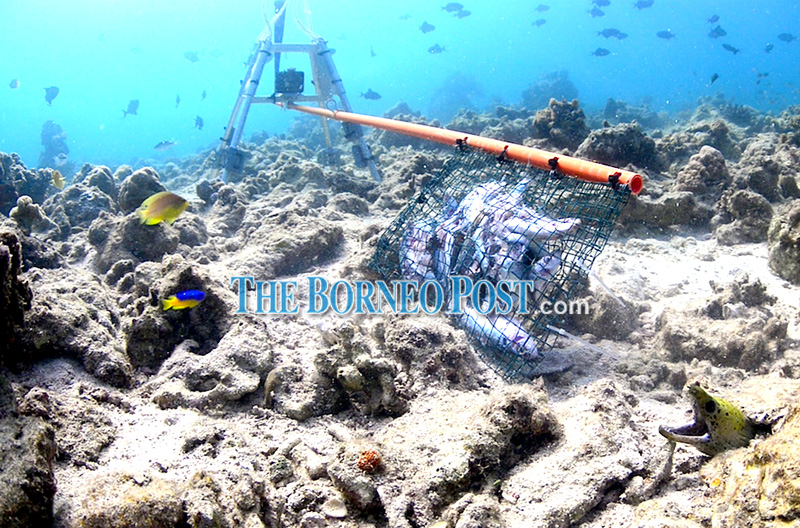 BRUVS — Video camera placed in front of bait to record animals that visit.

KOTA KINABLU: WWF-Malaysia is conducting a research in Sabah that is building on a global endeavour by leading shark researchers.

The Global FinPrint Project from 2015-2019 found that while sharks are functionally extinct in 20 per cent of the world’s reefs, better management could ensure their long-term survival.

The study,  part of which was recently published in the science journal Nature used baited remote underwater video stations (BRUVS) at strategic locations to collect data about shark distribution on reefs worldwide. 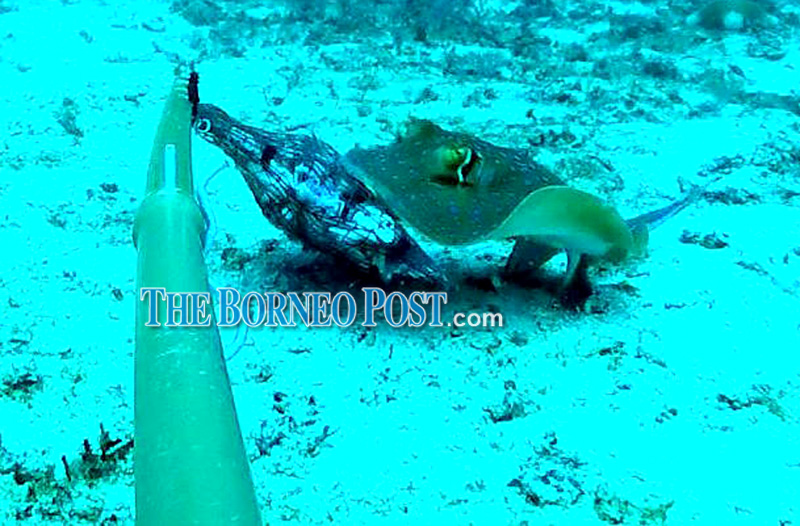 BRUVS consist of a video camera placed in front of a standard amount of bait to record animals that visit the bait. Reef ecosystems were surveyed in four key geographic regions – the Indo-Pacific, Pacific, Western Atlantic and Western Indian Ocean.

Countries with little or no shark conservation efforts have seen a mass decline while those with clear conservation and management policies have seen numbers stabilise or even increase.

The Sabah sampling of Global FinPrint survey carried out in 2015 by Dr Samantha Sherman consisted of study sites in  Pulau Sipadan, Tunku Abdul Rahman Park and Tun Sakaran Park Marine Parks, as well as sites in the Semporna region.

“The surveys in Sabah showed that in well enforced protected areas such as Pulau Sipadan, sharks are abundant and thriving. This shows that there is promise for shark populations if effective management is put in place.” said Dr Sherman, researcher at Simon Fraser University and Traffic.

However, less sharks were seen in the other areas surveyed although high numbers of rays were observed.

The research being undertaken by WWF-Malaysia as part of the Sabah Shark and Ray Initiative aims to strengthen management plans and enable better conservation efforts for reef-dwelling species in Sabah.

“WWF-Malaysia has been conducting BRUVS research in Tun Mustapha Marine Park (TMP) since 2017 as it is important  to have a better understanding of species distribution and this would inform us of where we can prioritize protection efforts in TMP,” said Monique Sumampouw, head of Marine Programme for WWF-Malaysia.

For the TMP study, BRUVS were placed in different locations for an average of 60-90 minutes with thousands hours of video footage to go through to identify and record the species observed.

“Science-based management, conservation policies, and good governance are crucial for healthy shark populations.  We hope to contribute to that directly by providing results from our studies to inform park managers and policy makers to collectively identify protection measures in critical habitats of sharks and rays in TMP.”

“Sipadan is an example of how good governance and management policies can lead to healthy populations of sharks. Hopefully such successful policies, and other recommendations from Global Finprint Project can be considered for adaptation for other marine parks here, ” added Sumampouw. 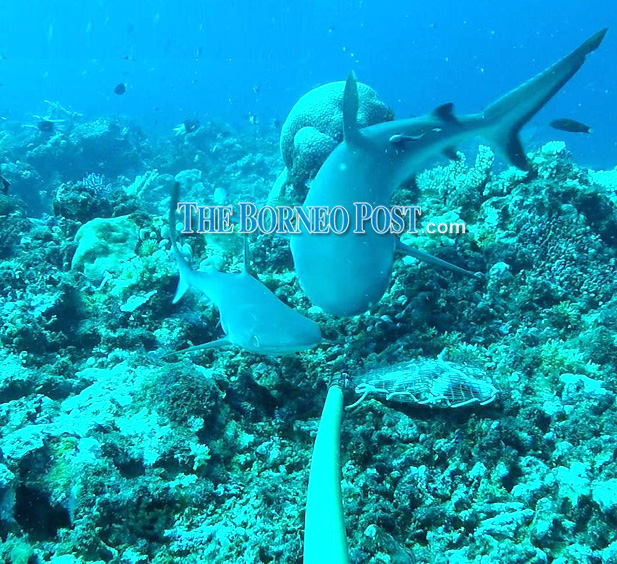 Dr Sherman enthused, “Sipadan’s success lies in the management of the reef habitat for sharks, as well as the well-enforced no-fishing policy within the park boundaries. Other recommendations from Global FinPrint Project that could feed back into management policies include  placing restriction on gears that have high shark bycatch, such as gillnets and longlines to enhance shark populations.”

Findings from the study and other projects of Sabah Shark and Ray Initiative will be presented at the annual forum scheduled for May 2021.