Darvel Bay to be gazetted as marine protected area 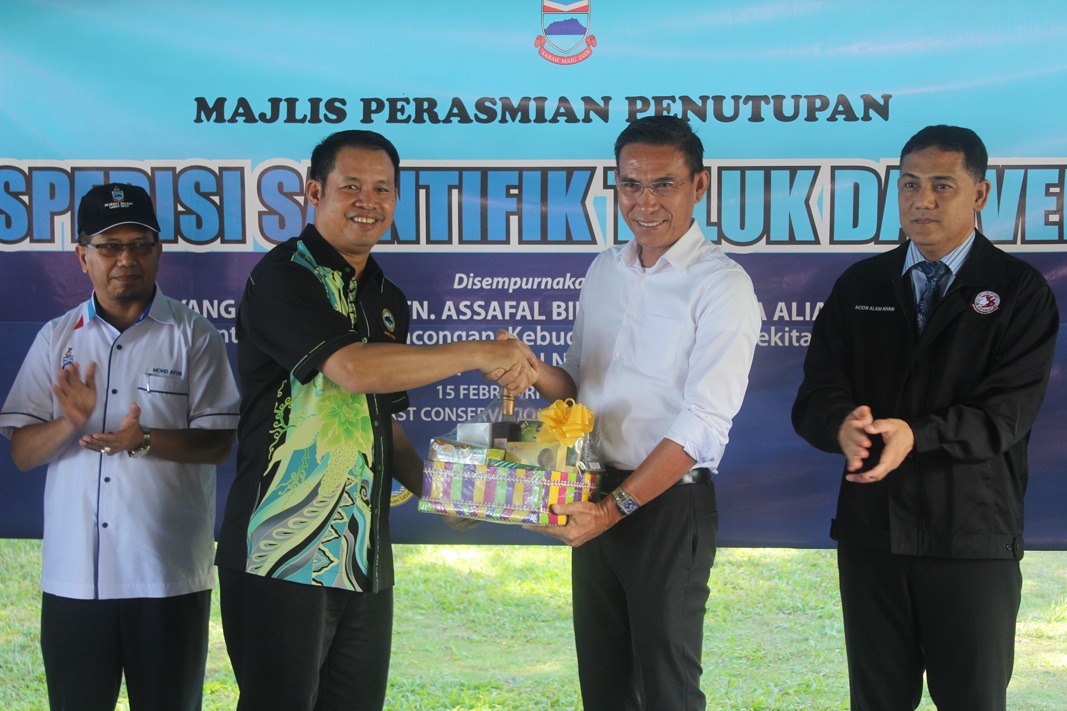 LAHAD DATU: Darvel Bay, with its 100,000 hectares of  rich  waters, will be gazetted as a marine protected area by the state government.

He said the expedition aimed at collecting  information that could contribute in efforts to gazette the area.

“I believe researchers who have expertise in their respective fields have succeeded in achieving their respective objectives in this expedition,” he said when met after officiating at the closing ceremony of the Darvel Bay Scientific Expedition at Silam coast, yesterday.

Assafal, who is also the Tungku assemblyman, wants Darvel Bay to be turned into a tourism attraction that could also provide benefits to the people.

He said Darvel Bay had its own potential where 50 islands formed coral chains  that were connected to the Philippine Sulu Archipelago. He said it was a waste that Darvel Bay had been left behind in the development of the tourism industry in Sabah.

“I will also suggest to the government in a cabinet meeting to let Sabah Parks supervise Darvel Bay as an area that can be made as a tourism destination,” he said.

Meanwhile, Sabah Parks director Jamili Nais said this was the second expedition made by Sabah Parks and University Malaysia Sabah (UMS) to the area in which the first expedition was made in 1989.

He said during the first expedition, the team found that a lot of corals were damaged and made Darvel Bay an area not a priority to be gazetted.

“However, we have learned from other areas in the world that we should not look into marine areas that are not damaged, but at areas that have potential to be protected and conserved,” he added.